The "Ecstasy" of Raw Veganism

So a friend posted something about parents being watchful of their kids getting involved with "Molly" (MDMA, ecstasy) and I seemed to remember something about taking a lot of it causing depression so I looked it up and found these effects:
<SNIP>

Short-term experiential effects, which tend to last less than 4 hours, include:

Effects beginning after the main effects of MDMA have ended, which can last several days, include:

Holy crap!!! That's EXACTLY what going raw vegan does! Except it doesn't really wear off and you don't get the negative effects!

Tell me again why more people are not eating this way?

TY for justifying my desire to do whatever I wanted anyway.

Keep pushing on those walls gang! 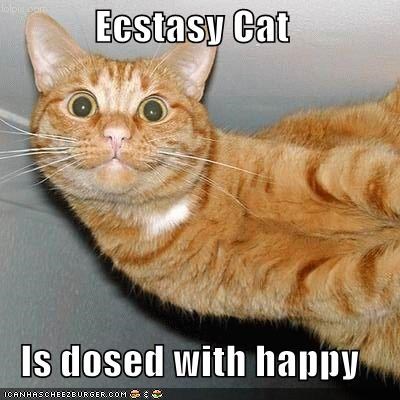