Do We Need To Change Nature?

So more and more time I go in nature I see everywhere the changes made by man. They can be small changes such as planting specific kind of plants or big changes such as building buildings, houses, roads and infrastructures.

My rant however is that why do we need to change nature at all. People are killing certain kind of animals because there are too many of them. I think this is absolute bullish. If there is for example more rabbits in nature there would be naturally more foxes or wolves in nature. If there is more deers in nature why THE FUCK it is necessary to kill the deers. Because we would be scared if there were more wolves? 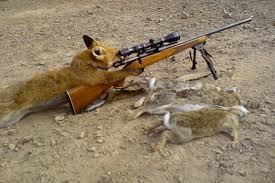 Nature Is Not Stupid

Doesn´t make sence to me the nature is always in alignment with ecosystem. If there is too much of one animal there is always more of another one. However we humans are fucking it up with animal farms, hunting, and controliing the ecosystem in various ways, like destroying natural habitats etc.

So rather then controlling ecosystem by killing animals that are doing good, which is really just for the pleasure of FUCKING hunters and nobody else, we should encourage diversity of species by enlarging natural habitats and prohibiting hunting. 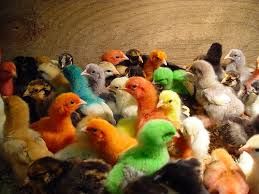 Also the second thing that gets me after not seeing much animals in nature except of dogs, are the trees being cut. Who the FUCK decides what trees have to be cut. I ve heard once somewhere that this forest need to be cut down because they have some disease and cutting them should prevent farther infection. BULLISH.

Nature is not so stupid that it wouldn´t know how to deal with some bugs eating trees etc. It´s just that there is not enough birds to eat the bugs because there is too much noise for them etc. It´s  never nature fault. Nature would always deal with issues by equaling the ecosystem without man having to help it.

Man is the cause of all the ecosystem imbalances. Only the animals who got used to the expansion of men´s bullish infrastructures like cities, roads, cars, houses, noise are able to survive. Therefore there is of course more of those animals like rats, city birds, bugs, squirrels, cats, dogs etc. You never see a deer, bear, wolf, eagle etc. in or near towns.

So the solution is definitely creating an areas with NO interaction, no cutting trees, no hunting, nothing. People can still visit, however without putting the trash everywhere, without cars, only bicycles aloud. And there are areas like that The National Parks. However that´s not enough. We need to create far more land for animal habituation.

Veganism is another important aspect. There so much land used for animal grazing. If everybody stops eating meat the nature would look much greener. Consumerism is encouraging also destroyment of nature. Minimalistic vegan lifestyle is a way to go in a nutshell to save the world. 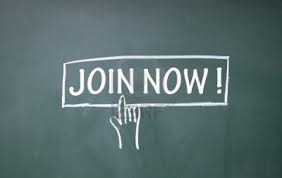 Again you either wanna do it or not. It´s all linked, it all starts with conscious decision of giving up the meat.

Hope you have a nice day,