Seems every year, somebody asks about quality cold weather boots.  Those are easy to find.  But ensuring that they're vegan?  Much more challenging.

Don't have a pair myself, but I just learned about these, which look pretty impressive.  Yes, they're designed for men, but I'm guessing could still work for ladies if sized down a bit.… 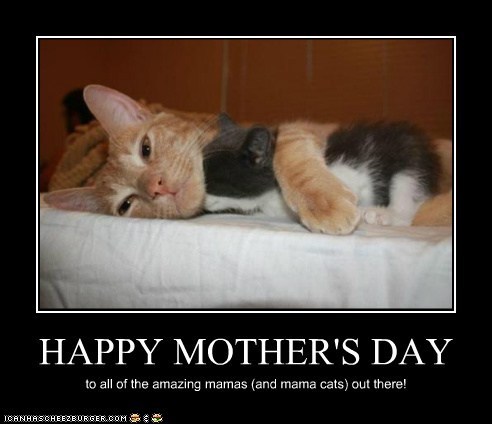 Folks, your kind thoughts have been more of a sustenance for me during this trying time than you can know.   I thank you from the bottom of my healing heart, and I'll be passing on your words to my mother as well as I know she'll be just as blessed as I have been by you.…

I am a big proponent of looking out for number 1 in life.  The reason for this is that only when you and I, each individual, are operating at peak health can we hope to be of best service to others.

These others come in many forms--perhaps family, friends, or those with whom we work or spend time.  However, for the purposes of this discussion, I am primarily interested in children. These could be children of our own blood, those we've adopted, those we mentor in some respect, or…

A friend of the family, one who has lived a life of excess, has just been diagnosed with months to live from this condition.

I know there comes a time when too late is just too late, but I was wondering if anyone here has personal or experiential knowledge of renal failure, and most importantly, tips or resources that would be worthy to pass on.

A quick reflection on my dad's health story--

A few years ago, he was in grave danger of being cracked open like a lobster for a quad bypass.

Well, he chose to walk out of the hospital, dedicating himself to a successful lifestyle overhaul instead.

Recently we have noted an increase in the number of sexually related topics here.  When appropriately expressed, this can be a very positive thing.  Sex is one of life’s key components and how to practice it healthfully is well worthy of discussion.  After all, without it, there’d soon be no more us!

That said, all such material, regardless of its posting location, must remain within guidelines, with a focus…

Recently I asked a friend of mine, a lady with considerable knowledge of all facets of pregnancy both personally and via others' experiences, for her take on this vital process of life and on how a mother might best meet with success for herself and her little one.

So impressed was I by her wisdom, that I asked her to write her thoughts down.  Given the positive reception the few times I've shared it, it's time for a larger audience to have the opportunity to benefit.…

Decided it was time for another water fast yesterday to speed healing along a bit more. It was about 43 hours again over, though this time contained a 20 hr dry (nothing consumed, including water) segment, as inspired by Tonya Zavasta. (I'd definately recommend researching this before trying it yourself, kids, especially for long periods). It just felt right to me, and really wasn't too challenging as I was asleep for much of it. I simply stopped drinking at 2pm and resumed at 10a this… Continue

Even a dim light still glows

Though my dietary indiscretions last week were less than inspirational to you, my immediate family, and myself especially, I thought I'd relate something postive I've chosen to take away from the misadventure.
My extended family (aunt, uncle, etc) got to see an example of a vegan lifestyle. I introduced some new-to-them restaurants with appropriate choices, gently but studiously and sometimes pointedly avoided the animal products they consumed, and even made a huge special Chrismas dish… Continue

Well, today is officially a water fasting day. I knew I needed to get this intention out for some accountability, lest my building hunger (or some fresh persimmons that may be walking through the door any minute) privately betray me .

Still dealing with lingering effects of that self-imposed "cold," I thought that this would be a valuable healing tool I previously hadn't had the courage to unleash. Supposedly fasting allows the bod to heal 2-3 times faster than otherwise. Let's hope… Continue

The following serves as a combination cathartic coming-clean, a consequences travelogue, and most importantly, a commitment to the future.

I recently returned from a long-planned Christmas week with extended family. I was fairly certain that I would take this opportunity to indulge in whatever (vegan if at all possible) munchies for which I cared. This was not out of the blue for me. Back in October I had engaged in a similar chowfest, with some unpleasant, but not terrible results.… Continue

Just me and my melon +

I elected to de-mono-ize my diet yesterday. Thus, the wmelon isle lasted 4 days. Reasons I decided to hop a raft included having a bunch of other yummie fruits in the house that were just to attractive to resist, and not wanting to repeat a meal of poor quality melon despite having enough in stock. Its summer w/ so many wonderful choices, I don't feel like limiting myself for a long duration at this time. I may charter another trip before too long, though. The experience was positive, and I… Continue

Just me and my melon, D4

1. Enhanced healing of an acutely inflamed soft tissues in mouth
2. Greater awareness of true hunger vs. clock driving/situational eating
3. Improved recognition of how much food is enough for now and when to stop
4. Acceptance that, yes, consuming just one fruit in a meal is sufficent; this is easy with melons already but more complicated for most other fruits and veggies
5. I'll add another--my skin hasn't been as clear… Continue

Just me and my melon, D3

Day 3 on melon isle and aaaaall's wellllllll! I'll repeat my goals each post for your ease, dear reader ;-)

1. Enhanced healing of an acutely inflamed soft tissues in mouth
2. Greater awareness of true hunger vs. clock driving/situational eating
3. Improved recognition of how much food is enough for now and when to stop
4. Acceptance that, yes, consuming just one fruit in a meal is sufficent; this is easy with melons already but more complicated for most other fruits… Continue

Just me and my melon, D2

Today marks the second day of a watermelon island for which I've been psyching myself for a few weeks. Goals include:
1. Enhanced healing of an acutely inflamed soft tissues in mouth
2. Greater awareness of true hunger vs. clock driving/situational eating
3. Improved recognition of how much food is enough for now and when to stop
4. Acceptance that, yes, consuming just one fruit in a meal is sufficent; this is easy with melons already but more complicated for most other… Continue