Hey guys. Everything has been falling into place. I'm feeling better, my skin is glowing, and my energy levels are high. I've caught up on my sleep from the few days of constant travel around Ont. Today (day 12) I'm heading to downtown hamilton to see David Hickey preform Crystal Journey. I had the pleasure of attending his concert this past summer while taking my raw food chef certification course. The music is amazing. It's crystal bowls and paste gongs. Can't wait! Derek from here on…

The durian has been found....

What a great way to spend New Years. I arrived on Koh Phayam on Sunday afternoon and met Eli and Amira. Days have been filled with lots of sleep, relaxation, long walks in to town, eating lots of ripe fruits (papayas, mangoes, sapodilla, dragons, bananas...

We are also spending some time with Ryan (Ryno) who is staying on the other side of the island. We all decided to take a mini road trip outside of Ranong to what we had been told was a town that has durian. And boy do they have…

I just tryed my first ever canistel, and it was love at first bite, I need to know how long is the growing season from now til when???? i sooooo want more, and can you eat the skin????

If you want to get leaner, you need more carbs..

Here is my blog about it.
www.durianrider.org

A short but important piece on water:

Thanks for being you.

Getting ready for the new year

I am super stoked right now. This morning I found a produce wholesaler pretty close to my dorm and I bought my first bulk bananas. I bought a green case to ripen and a yellow case, which still has to ripen. That's 80lbs of bananas, about 200 bananas. I am really excited about this!

I also found out that right across the street from the wholesaler comes out by the french market, so now I can ride my bike to the city without using the interstate.

I have a lot of citrus…

Florida for a week?

Going over to Orlando from Jan 1-8

Anyone raw gods/goddesses, lets do lunch!

After heading to Ecuador from Jan 8 to Jan 22

I've been inspired by those here who are eating 2500+ calories and reaping the benefits. I want to do the same, so I'm setting a challenge for myself to increase my calorie intake to 3000.

Right now I'm barely scraping past 1800. I've been adding dates to my banana smoothies to get the sugar in. Mangoes are really helpful right now too.

Home for the Holidays: the little things

Overall, i had a pleasantly surprising Christmas with my extended family. My best friend Emily came with us, and it was delightful to have her around :)

The first couple days we were in with my mother's whole family were probably the most difficult. I'm not even really sure why, i guess i was just still a bit emotionally worn out from my weekend in the city; i think it put me on edge and made me tensed up just about being home. I know that i shouldn't care about how others…

heya  - l'd neva heard of this diagnoses until my sis sent me some info - hmm, she said she wasnt suggesting anything about my lfrv way of life, but l kinda wonder!?

Prepare yourselves - A Blood Type Diet(!)

That's right, this diet I found on UberTube - which of the doctor types on this site can break it down for me?

Don't forget to include all the exotic diseases this fellow mentions and how they fit into the puzzle. 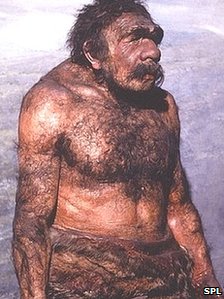 I am VERY excited for the new year coming! Two friends I made through YouTube and I are going to make a collab channel about our goal to read 50 books in 2011! (…

It's been SO busy here. Wow. I've been going back and forth between Hamilton, Toronto, Oshawa and Bowmanville. So much travelling and so much cooking.

The get together at Ryan's Mom's place in Bowmanville went fantastic. My low fat vegan quiche, salad, and cheesecake were a hit. At the last minute I whipped up a delicious gravy to go along side. The topic of veganism and health was brought up continuously, with many complementing Ryan and I on our healthy…

Finally I managed to go 100% raw low fat vegan. I can say that I felt lighter and had more energy. It was a 40 degree day and I cycled from the city and went for a swim in the river as a reward.

Emotionally I felt more stable today, I didn't really crave any cooked food which is great. I am looking forward to positive results from this diet. Stay tuned for day 2.

Should have listed these at the start for you all but it slipped my mind.

Sneezing fits I’ve had since my teens

Injured elbow from a bike accident almost two years ago

15 years ago the origins of man were discovered by a shepherd - how fitting!

Please Help Me Come Back!

Fruits here are amazing but I have relapsed to cooked and junky foods.

I know its partly because I have lost my contact with You all in this community. Daily connection with You have helped me to stay focused, inspired and deepend my understanding of the fruitarian diet.

So i'm home in Ontario for the holidays now and it's been great so far! I forgot how good overt-free feels. This is why I said I would never go back :)
I've been very busy from the minute I arrived in Toronto. So far, I've spent most of my time grocery shopping and cooking. I may be raw, but my partner and family sure aren't. I've been cooking up a vegan storm! I've made a veggie pot pie, mexican layer dip, fresh quinoa salad, blueberry pie, and mint cheesecake. My aunt is vegetarian,…