Crop rotation: Fruits to Roots to Legumes to Leafs

Today James walked all the way to my grandparents' house to pick these yellow squash from our garden. There must be over 20 large squashes in the crate, weighing over 10 lbs. At the groceries stores, this harvest of 10-15 lbs organic non-gmo yellow squash would cost $20-30. …
Continue

Do u ever get that feeling that u know u didn't eat enough fruit and veg!?! I do and I dislike it! I had 2 fruit packed 16 oz smoothies and a vegan protein bar. I had a few rice cakes and water. Im pretty sure that's it! I'm feeling so fat that psychologically I think I'm telling myself to slow down! Now it's too late to have a meal tonight. I need to stop this craziness! I need to CTFU!! Lol. Have a nice night!!!

Looking for a perfect healthy treat for summer? How about a yummy fruit popsicle?

Recently I had to undergo a procedure that required me to fast for a day. They allow you to have broth and popsicles. Yum!

So off to the store I went in search of a whole fruit popsicle. Sounds easy, right? Nope!  The majority of them have many added ingredients that I didn't want.

If you think that self care and self love make you selfish, make you egotistical, make you less able to care for others, or makes you feel guilty in any way, then you need to watch this video :)

Why Self Care Is A Non-Negotiable If You Want To Be A 'Good Person.' 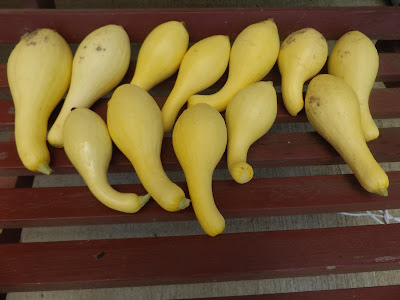 Several days ago we picked about five small yellow squash, then today, we harvested over 10 yellow squash. The squash seeds came from vegan seed company. Many of the vegetables…
Continue

i'm fat so i should eat less

thats what my fam and close friends tell me.

my diet ain't working cuz after a 1.5 vegan i have only gained weight and it's not going anywhere despite the excersice.

must be the diet. and the TOO MUCH FOOD I EAT.

i don't feel this way but damn. seriously... getting into my head.

The Real Way To Deal With Resentment And Anger

Resentment is a really strong negative emotion, that many find very very difficult to deal with.

If you feel badly about feeling resentment, if you feel like you are not a good person because you feel resentment or like you can't seem to move beyond your feelings of resentment not matter what you do or try, then this video is for you!

My Thoughts on the Yulin Dog Meat Festival

This whole campaign against the Yulin Dog Meat Festival really got me thinking about our society's attitude towards meat consumption in general. I think it is an appropriate time to remind the general public why they feel this outrage against what happened, and question why this doesn't translate to other, more widely accepted sources of meat. I wrote a blog post to get out my thoughts and hope you will share it to your meat-eating acquaintances. Maybe it will make a difference, maybe it…

It is Graphic, to people who have issues hearing cuss words and seeing the truth of their actions. Not that anyone here probably minds :Dbut this is just whats been on my mind at work the last few nights.

Don't get me wrong I love rice. I think it's an amazing carb, but what are people's thoughts about arsenic in rice? Especially if you eat it everyday..

In last weeks post (Greens going to seed while vegetables begin to fruit), I showed some pictures of the pumpkins, tomatoes, and peppers fruiting. Actually we began harvesting tomatoes and peppers. We have been harvesting blueberries, black raspberries and blackberries as well (…

Are Bananas the New Currency?

So, I work out of the Coffee Bean and Tea Leaf in Marina del Rey California every morning from 7-12 and stash up to a dozen bananas in my backpack to much on. I get the usual jokes about monkeys and all that and just laugh with 'em. They sell no fruit here at this location , so I always bring extras and pass them out... no big deal and no health lectures from me....you know how tiring and frustrating it gets trying to educate everyone you meet. I'm resolved to just…

I was gone for several days, visiting my grandma and dad. I grew up in their neck-of-the-woods, and spent every weekend there for 15 years of my life. It's important to revisit the memories I have of this place where I grew up. In my grandma's front yard used to live a maple tree that I climbed often. I was very attached to this tree--I only wish it were still standing.

Of course my…
Continue

How to passively lose weight.

I am now at a point in my weightloss journey where I am not actively trying to lose weight.  I have lost 110 pounds (49 kilograms) and probably still have about 30 pounds to go, but I wouldn't care if it took 10 years to lose those last 30 pounds.  I am only going to do the exercises that I enjoy doing which include light biking, hiking/walking, lifting weights, playing bad tennis or whatever other activity I can think of that day.  Don't get me wrong I enjoyed the hours I spent on the…

How To Set Healthy Boundaries

Having trouble setting healthy boundaries in your life?

Tried other methods for boundary setting that have not been successful?

Feeling way to open or way to closed?

Do vegans taste better than omnivores?  Not that i'm a secret cannibal ;) but if I were vegans would certainly be high on my list of future dishes.  I have often jokingly thought about this like "I take really good care of myself I bet I taste really good." Not that I've tried eating myself...hahah...right :) (*o*) But we vegans probably do taste better than our omnivore brothers and sister and I base claim this mainly on my past of eating a fair amount of meat and my present as a vegan.…

Check out my eBook about Veganism

Why I play all my Games on Hard Mode.

Why I play all my Games on Hard Mode.

I play all my games on hard mode because I want to fail.  I want to fail and retry a level or boss as many times as it takes to beat it.  I want that process of having to learn something new through failure and then that feeling of absolute joy when all the failures have paid off and victory is achieved.  Some people just want to blow through a game on their first try without too much trouble.  This then relates back to the real life because most…

What I Ate Today On A Low Fat High Carb Diet

Here is my first what I ate today video - that of course includes a surprise!

let me know what you think :)