Who do you blame for all the animal suffering you've caused in your life? Here's mine...

I blame you!
Happy Healthy Harold from the life education caravan in primary (elementary) school,
Who else was brainwashed with this song?

I blame you!
so called "laughing cow" cheese. Brainwasher and predator of childhood innocence 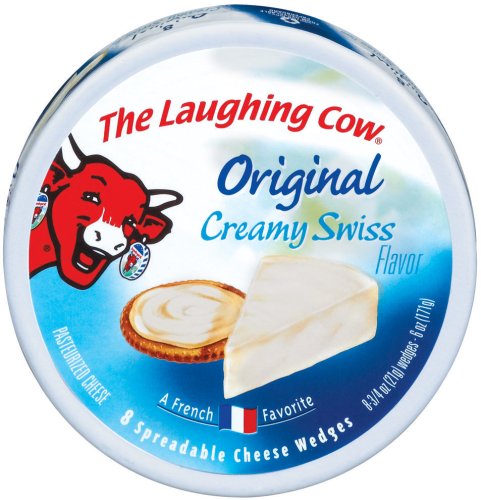 I blame you!
The incredible edible egg!, I cannot find the version of this ad we had, but you can imagine the crap "if you're in good health eggs have little to no cholesterol" um no how were you allowed to lie like that on national television at the same time that society told me one can sue for false advertising, that's why you can trust them because they don't want to be sued and they definitively would be if they lied.

I blame you!
Liars by omission like Anchor, giving the impression that calcium is only found in dairy, with no mention of how dairy consumption simultaneously leeches calcium from bones while you glug it in and is linked to poor bone health.

You all have another thing in common, you all target kids, before they've developed critical thinking faculties and have no defense against propaganda.
Why not adults huh? Clearly you know you're spreading untruths and that adults upon hearing it have the capabilities to figure out you're all shit. You knowingly harm children's bodies and minds not even to mention the other species, you're evil already if it were just this *spits on all y'all* You should be held accountable.

I blame my parents until I got arround 15 for feeding it to me without ever mentioning anything and then I blame myself because I knew that animals were suffering because they had to die for me so I could have my low carb chicken breast for dinner so I looked away and just kept on eating it, till the day I found out the truth about how they really treat animals... hard enough they had to die for me but they still have to suffer... I used to tell myself that as long as the animal is already dead in the supermarket, why not buy it it's dead anyways.. we all know from little on that meat used to be alive even if we used to look away from it every day... I blame the lies on the brandings and comercials as well but it's always easy to blame others, specially if you are being manipulated no matter where you look at, it's crazy but I don't think that there are always nice treated animals when it comes to carry tonns of fruit and veggies... :-(

You can't do everything right that would mean that we were perfect, but we are far far far.. never ever will reach.. far away from that.

I bought the meat, the eggs, the dairy so that was and is my fault, it's not like I didn't know at all what was going on, I was looking away to have something luxury which I now don't miss and don't need.. never been happier. I used to ask myself how I never recognized what I did to the planet when I was still consuming animal products but the thing with mistakes is that you only know them when you made them, can't turn back time and that is fine, because today I know what is the right thing to do.. :-)

Well, I think we shouldn't blame ourselves for the suffering if we were brainwashed to believe it was necessary for health, which I was for a long time, and most of the world still is. So give yourself a break, did you really know the meaninglessness of this violence? You probably didn't, when you found out you changed your behavior.

I couldn't find anything relating to my country about media lies and the law, but I found this link below.. I mean fox news, well duh, but they are far from being the only deceivers. I distinguish those who know the truth and pedal lies from those who may spread mis-information because they didn't know any better, so I don't blame my parents (not for food anyway).

I blame my parents because they bought the food and who buys the food causes the damage, not that I go to them and say "because of you I ate dead animals", I mean come on, I love them :3 The question was who I am blaming, and I blame the one who buys the animal products, and since I can think ppl always told me that red meat causes heartproblems so I used to eat chicken or fish because it is supposed to be healthy, as you were told, so my parents didn't knew better eighter, because it's been told to them as well, but since I told them what really goes on, they still don't care and keep buying the meat and the dairy because they can't live without it and this is really sad. Not that I would judge omnivores, who am I do judge? everyone makes their own decision and for me vegan is the right thing, and that is my opinion.  And their excuse is: I know but I can't live without it and my father always tells me that the donkeys or the oxes on the fruitfields have a hard life as well and they get hit by humans to carry the tonns of pineapples or mangoes or whatever... So eating fruit isn't that good for animals eighter, he sais, and that is a really concerning point, because I think about that and then you come to the point where you question yourself, what do I want to eat? What do I believe?

Almost everything you buy causes damage on the planet, if it's not dead animals, it's something else.

Of course you are right with your blame as well.. It's horrible that a bad product is sold that well so you believe its good for you but still it's not like we never knew that animals were dying for us. What I didn't know is the thing about milk and the eggs and after that there was just one solution in my heart, just the circumstances how they are treated opened our eyes and told us it's no longer okay to let something die for you..

In my eyes in the end is always the buyer of the product who is to blame, but ppl are really good in not accepting or wanting to see the truth and looking away from it...

Permalink Reply by ken Jackson on June 13, 2014 at 8:19am
I don't blame anyone because I woke up. The energy wasted pointing fingers can be better spent. Lets face it, We humans aren't particularly smart animals.

I think it's important to name the problem, sure we can spread information and atempt to help the world "wake up" but do you have billions of dollars for marketing campaigns to get the message accross? Do you play dirty and deliberately indoctrinate children quickly using untruths? They do, that's why so many people are still "under", we need to attack the pedlers of propaganda that we are up against if we want a Vegan world. We need to talk about this so that the public can hold them accountable when they make false claims. No offence, but you being "awake" doesn't mean that much when billions of animals are still tortured and the environment destroyed, along with public health, but good for you.

And I happen to think us humans are extremely smart, evidence in the system of manipulation humans have created to make so many believe so much BS! It's incredibly effective in how it has been executed. Humans don't eat the way they do because they are dumb, they have been brainwashed by very clever human strategy.

Can you imagine the public reaction if Media headlines read "meat advertisers sued for false claim that meat is good for us"
enough of these, along with the removal of offending advertisements would work for certain, lets make it happen, the evidence is available we need to talk law

I agree. When my godson ordered milk the other day, I suggested an alternative (without saying anything negative about milk) and he told me, "Milk is healthy. I need it to make my bones strong." He is six. I almost cried.

Permalink Reply by ken Jackson on June 13, 2014 at 9:11am
No, I disagree. Humans eat the way they do because they eat the way they do. Advertising is a very recent model in human history. Prior to advertising, humans ate meat. Isolated cultures living in remote areas without access to adverts still eat meat.
As to my being awake not helping, I don't know, through my lifestyle choices I've helped my own family move away from meat, my parents, my kids and their kids and maybe 3 or 4 close friends and their families, who in turn affect their friends and families. So something's working, right?

Well advertising is where I heard the lies that animal products are necessary,so I think that's what's relevant today, because none of the reasons for eating this way that existed in the past have influenced me into doing so, especially since I don't even know what they are. i bet most people today eating animal products hold such strong belief in them for the same reason I did, being that we all grew up in this same environment of propaganda immersion.

I didn't mean to imply your being awake wasn't helping, just that it wasn't enough. You and the persons you influence are not the entirety of the world population. McDonalds on the other hand, pretty damn close. Yes I agree it's working, but it would work sooooooo much more efficiently without the brainwashing the rest of society exhibits. Knowingly making official claims that are false is against the law, falsly promoting products is against the law, so we can hold the offenders accountable and remove this influence. Even if you're correct in believing there are other reasons people still believe animal products are necessary for human health and survival despite all the recent evidence to the contrary (which wasn't available in my parents day, or generations prior) then removing this large barrier is a start to then move on and remove the rest.

lawsuits have been fought and won against the USDA for misleading nutritional guidance
http://pcrm.org/good-medicine/2011/springsummer/pcrm-sues-usda-over...

So why not the advertisers of meat, dairy and egg industry around the world for their outrageous deceit?

Aren't you angry about all the lies you've been fed? I am, and i'm angry they continue to target the younger generation's vulnerability.

Is it though?
Perhaps well informed Vegan Lawyers could do more than feel anger/sadness.

It's not normal in my unqualified opinion to just feel anger/sadness and let that be the end of it. I think that anger exists to give us the energy to make a change, and sadness exists to prevent our anger leading us away from compassion