I want to know what your opinion is on nudity?

Why do people make a big deal on something that is quite beautiful and natural?

Could the tightness of a bra constrict the lymphatic nodes?

Let me know what your opinion is.

Before I answer these questions, these sites might interest you:

There is an adage that states:  "When in Rome, do as the Romans do."

Personally, I have traveled to some other regions of the world for business reasons, and when I am there, I try to follow the customs of body coverage.  That does not mean wearing the cultural costumes.  Most people do not care about that.  It is just making sure those offensive parts do not offend my hosts.

I agree with the article you posted above.  American and Western women face a three pronged attack in regards to breast cancer.

1.  They eat a high fat diet which prevents nutrients and oxygen from being absorbed by body tissues including breasts.

2.  They eat a toxic SAD diet that fills their bodies with toxins including the breasts.

3.  One of the ways the body cleanses out toxins is with the lymphatic system and lymph.  It is true that most bras are tight and or hold the breasts in unnatural positions.  This prevents lymph and toxins from properly draining from the breast tissue.

You almost never hear of someone gettomg leg cancer, but we do not bind our legs.

We do bind our breasts.

Breasts are meant to be free. Breast structures have limited muscle, so they depend on movement to move toxins, blood supply, and lymph.

Contrary to popular belief wearing a bra will not help maintain shape, but actually harm the shape and cause more sagging.  The breast tissue and muscle will weaken over time and become "lazy."

Here is a quote from a wikipedia article (1)

There are some indications that wearing a bra may have an effect opposite to that which was intended. In a Japanese study, 11 women were measured wearing a standardised fitted bra for three months. They found that breasts became larger and lower, with the underbust measurement decreasing and the overbust increasing, while the lowest point of the breast moved downwards and outwards. The effect was more pronounced in larger-breasted women. This may be related to the particular bra chosen for the experiment, as there was some improvement after changing to a different model.[113] These findings were confirmed in a much larger French study of 250 women who exercised regularly and were followed by questionnaires and biometric measurements for a year after agreeing not to wear a bra. While there was some initial discomfort at the first evaluation, this gradually disappeared and by the end of the year nearly all the women had improved comfort compared to before the study. The measurements showed firmer, and more elevated and youthful breasts. One example is given of a woman who had breasts that were uncomfortably large, and who had improvement after two years of being without a bra.[114][115]

Breasts naturally change in shape and size as women age. There are conflicting opinions but no known studies to show whether bras actually delay or reverse the natural process. Health ethicists are concerned that plastic surgery and implants have altered our concept of what is "normal" and medicalised women's bodies by making the normal aging process a "disease."[116]

Thank you for sharing your insight!! :)

And I have heard of those sites, I am a member.

I agree with what you wrote on Breast Cancer.

Diet does play a huge role!!

And that is something that I forgot to mention.

I think most people do not look beautiful and natural.

I think you wouldn't want to see most people naked.

And maybe that's why most people have a problem with nudity.

Because they look hideous naked.


People like this should definitely not be encouraged to be naked near other people. 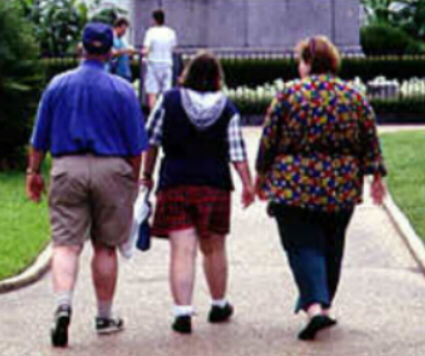 Should very much be encouraged :)

It's as if you think nudism is nothing more than showing off and gawking at others. Is this right?..

No, I was just being silly.

I don't really know to much about nudism and the reasons people might have to do this.

I imagine some people enjoy being naked in public.

I myself would not feel comfortable at all running around naked in front of other people.

I imagine habit plays a large part in this as well. I am not used to being naked in front of strangers and do not feel the need to do so.

But I have no problem with other people doing this however.

I think before any person can feel comfortable being naked, they have to learn to love themselves and they have to realize that they have the ability to mold their bodies and thus by eating a healthier diet and exercising is a good start.

Most people who become over weight, not all, but in my opinion use food to deal with some kind of pain and cooked food is a horrible addiction.

Thank you for sharing your thoughts!!! :)

Actually Christa that is my goal too lol. :)

From the Pics Lana,

you are a very attractive women :)

Even if you rarely show your face. :)

I like nudity.  But I also like to earn money.  They frown on nudity at my workplace.

I like tight bras when I'm awake and clothed, but I think a person should not wear a bra to bed.  My appreciation of bras is partly conditioning, and partly because it feels better to me to have everything strapped down when exercising.

Permalink Reply by grapefruitness on March 26, 2011 at 10:57am
Also, I don't think it should matter to any nudist whether a person is fat or thin.  We all have physical defects and/or slightly odd traits.  As far as I understand it, most nudists are not nudists because they want to stare at naked people for sexual pleasure.